SDCCTFCA to induct six into their Hall of Fame 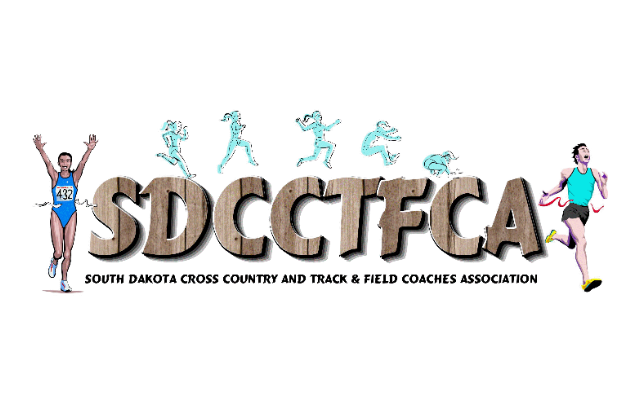 RAPID CITY, S.D. (News Release) — The South Dakota Cross Country Track and Field Coaches Association will induct six into their Hall of Fame during the 2021 State Track and Field events in the Black Hills Memorial Weekend.

Gene Brownell – Aberdeen Central
Gene Brownell spent forty-nine years in public education; twenty-six (26) as a teacher and coach and twenty-three (23) as an athletic administrator. Forty-four of those years were at Aberdeen Central High School.  During the coaching year’s Brownell’s cross country and track and field teams were winners of six Eastern South Dakota Athletic Conferences team titles. Individually, the ESD champions came in eighteen of the nineteen events in the sport. Brownell coached more than one hundred All-ESD performers. In addition, the Golden Eagles teams won multiple regional track and field
championships.

Dan Fitzsimmons, Yankton HS / University of South Dakota
Dan “Fitz” Fitzsimmons was born in the Bronx, New York, and graduated 1982 from Longwood High School on Long Island in Middle Island, New York. Upon graduation Fitz headed west to South Dakota, to the University of South Dakota. While at USD, Fitz set the USD record in the 3,000m Steeplechase, which lasted until 2000. Fitz started teaching and coaching at Yankton High School Fall of 1987. In 1989 Fitz was named assistant coach to Gene Bormann in XC and Jim Miner in Track and Field. In 1997 Fitz was named Head Boys’ and Girls’ Cross Country Coach and in 2002 Fitz was also named Head Boy’s and Girls’ Track and Field Coach. In 2008 Fitz stepped down at Yankton to take a position at USD as head cross country coach and assistant track and field coach.

Tom McGough – 46-yrs / Miller, Bowdle, Doland, Langford
Tom McGough graduated from Stanley County High School in 1969 and attended junior college at the University of North Dakota – Ellendale Branch, graduating in 1971. He then attended Northern State College, graduating in 1974. For seven years, Tom taught and coached in Langford, Bowdle, and Doland before accepting his long-time career position at Miller High School. Head coaching positions held by Tom include; GBB (1), GT&;F (40), GXC (35) and BBB (10),
BT&;F (38), BXC (35). He has also served as assistant coach for; GTr&;F (7), GVB (1) and BFB (9), BBB (2), BT&F (7). Tom continues coaching Cross Country and Tr&F. All the honors and successes Tom has enjoyed are shared with his wife Rosemary, children Jodie and Chad, and his eight grandchildren. He is also grateful for all the coaches and athletes with whom he has worked.

Connie Nyhaug – Viborg / Viborg-Hurley
Connie (Robinson) Nyhaug graduated from Redfield Public School in 1974 and then from Dakota State College in 1978. She competed in volleyball and softball while attending Dakota State. In 1978, she began teaching and coaching in Viborg Public School and later with the Hurley Public
School until her retirement in 2012 for a total of 34 years, the last two years included the Viborg-Hurley Coop. During her coaching tenure, Connie coached several years as the Head Boys and Girls Cross Country Coach and also as an Assistant Coach for both Boys and Girls Track and Field.

John Nyhaug – Viborg / Viborg-Hurley
John Nyhaug graduated from Baltic High School in 1973 and then from Dakota State College in 1978. He competed in four years of college football while at Dakota State and was a student coach during the 1977 football season. John began his teaching and coaching career the Fall of 1978 at Viborg Public School for 34 years including two years with the Viborg-Hurley Coop. In 2012 he retired from teaching and continued
coaching track and field. During his tenure of coaching; John began coaching as Head Girls Track and Field the Spring of 1981 and later added Head Boys Track and Field. He remained Head Boys and Girls Track and Field Coach until Viborg and Hurley school districts consolidated. At that time, John coached only Boys Track and Field until 2012 when he became an assistant, coaching events where needed.

Jim Fuller — Doane University – Northern State University – Central College
Jim Fuller was hired as a track and field assistant at Doane College in 1985 after the completion of his competitive career there. Coaching is a family affair for the Fullers, Jim’s wife Brenda, was the Head Assistant Track and Field Coach at Northern State for all of Fuller’s 24 years at the institution, serving as the throw coach and receiving numerous recognitions, including being inducted into the Northern State University Hall of Fame with Jim in 2020. Today Fuller and his wife continue to coach collegiately at Central College, an NCAA Div III school in Pella, Iowa, where his success as a coach has continued. Jim’s family includes; his wife Brenda, their children Tyler, Aaron and Drew and their granddaughters Madison and Mackenzie.