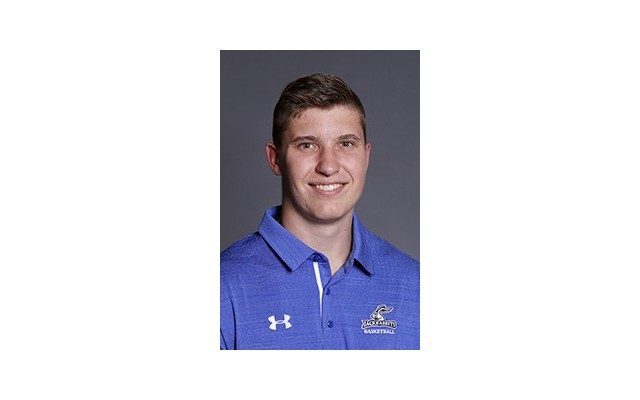 A sophomore from Aurora, Neb., Scheierman turned in two double-doubles, leading the Jackrabbits to a pair of road victories last week.

He scored 18 points and secured career highs of 10 rebounds and four steals as SDSU defeated Iowa State 71-68 Wednesday in Ames.

Two nights later, he tallied 14 points while outdoing his career best on the glass, grabbing 12 rebounds. He made 4-of-5 from deep as the Jacks overcame a double-digit deficit to defeat Bradley 88-84 in Peoria, Ill.

For the two-game trip, Scheierman averaged 16 points and 11 rebounds, posting his first two career double-doubles. He was 11-of-19 overall and made 7-of-11 on 3-pointers, adding five steals and four assists.

The Jackrabbits (3-2) are scheduled to take part in the Dakota Showcase this week, meeting North Dakota State Thursday, North Dakota Friday and South Dakota Saturday at the Sanford Pentagon in Sioux Falls.