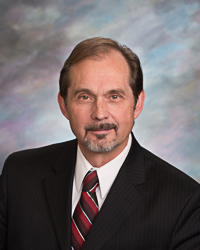 PIERRE, S.D. (AP) — A South Dakota lawmaker who is running for governor is facing backlash after he used a derogatory term for a woman during a speech on the House floor.

Republican Rep. Steve Haugaard (pictured) described a woman whom he did not name but said was addicted to methamphetamine as a “wrung-out whore.”

Haugaard, a former House speaker, is mounting a Republican primary challenge against Gov. Kristi Noem as a more conservative option.

Haugaard later apologized and says he was trying to make a point about drug addiction.

But female lawmakers in both parties spoke out against his speech, calling it an example of “misogyny” and “aggression towards women.”