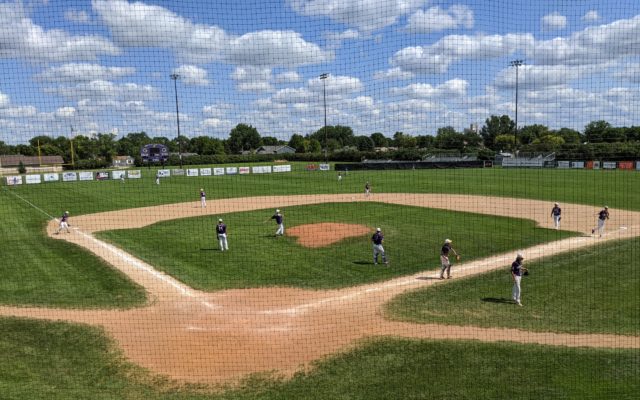 WATERTOWN, S.D. (GoWatertown.net) — Renner Post 307 ended the year of Watertown Post 17 Monday night by winning the second round of the Super Regionals 2-0.

Game one saw Renner down Watertown 2-1. Mason Evans would drop down two hits in the game. Evan Falconer, Mason Morris, and Jerod Cyrus would each collect one hit. Braxton Lacher would score the lone RBI in the game. Kale Stevenson would pitch six and one-third innings, throwing 100 pitches for three hits, two runs, seven strikeouts and issuing four walks. Jerod Cyrus would see two-thirds of an inning in relief to close out the game. Watertown would out hit Renner in the game 5-3.

Game two would be a tough 6-3 loss for the purple and gold.  Renner scored all six of their runs in the fifth inning. Evan Falconer, Mason Morris, Dawson Schmidt, and Mason Evan would each drop one hit in the game. Schmidt would score two and Evans would collect one RBI. On the hill Zach Hirsch would pitch four and one-third innings, throwing 70 pitches for six hits, five runs, three strikeouts and issuing three walks. Jerod Cyrus would pitch and inning and two-thirds out of the bullpen in relief.

Watertown Post 17 Coach Ryan Neale on ending the season with a record of 30-14.