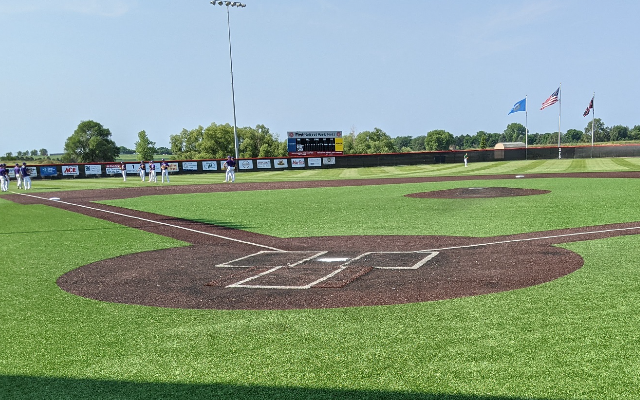 BRANDON, S.D. (GoWatertown.net) — Watertown Post 17’s season would come to an end in spectacular fashion over the weekend.

The purple and gold would begin play at the Class A Legion Tournament on Friday with a 6-1 loss to Sioux Falls East.  Two costly errors by Watertown would cost them in the game.  Cole Holden would have Post 17’s lone RBI on the afternoon.  Kale Stevenson would throw four and two-thirds on the mound, allowing six hits, five runs, walking six, striking out his season average of nine on 106 pitches.

That loss would send Watertown to the loser-out bracket where they would meet Pierre at the 11 a.m. game on Saturday.  Pierre’s Cade Hinkle would get the scoring started in the bottom of the 1st.