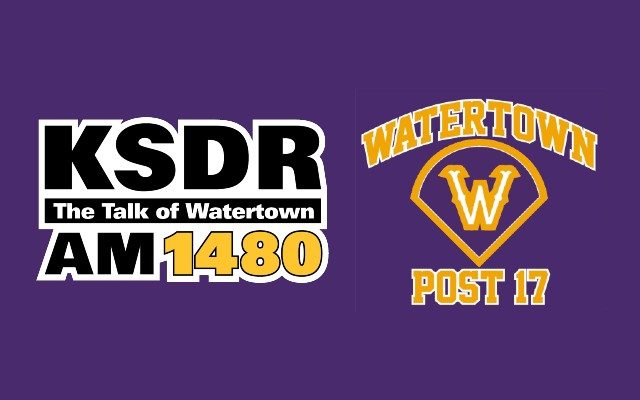 WATERTOWN, S.D. (GoWatertown.net) — After going 2-2 this past weekend, Watertown Post 17 (26-12) comes back home this week to wrap up the regular season with four games.

Tonight the purple and gold will face Sioux Falls West in their final region match up of the year. Game times at 5 and 7 p.m.  Watertown won the first meeting of the two squads 5-4 on a Braxton Lacher walk-off single on July 11th.

On Thursday, West Fargo comes to town for Post 17’s final regular season contest at 4 and 6 p.m.  West Fargo has had Watertown’s number this season.  Outscoring the purple and gold 19-0.

All four games this week will be broadcast on The Talk of Watertown, 1480 KSDR with video at GoWatertown.net/Post17.

As of the July 20th region rankings, Watertown Post 17 sat in the three spot with 42.9583 power points.  Rapid City Post 22 was number one, Brandon Valley number two, Pierre was fourth and defending 2019 South Dakota legion champion Renner was fifth.  Top eight teams in the region host a first round match up on Wednesday, July 29th.