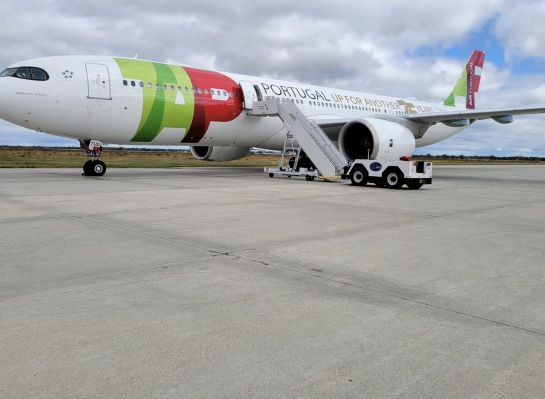 FARGO (KFGO) – About 270 passengers and crew on a flight en route from Lisbon, Portugal to San Francisco spent an unexpected night in Fargo after a passenger on board had a medical emergency somewhere over South Dakota.

“U.S. Customs and Border Protection was contacted and they responded as well, thinking this was just going to be a quick fuel and depart, but as time went on – with an engine issue and then the crew timed out – the aircraft had to stay overnight here,” Dobberstein said.

U.S. citizens on board were then cleared through customs at the airport and the foreign passengers were bussed to the customs offices at the airport’s north general aviation area with the assistance of the Air National Guard. The Fargo-Moorhead Convention and Visitors Bureau helped secure lodging for the passengers.

Dobberstein said that while it took about six hours to get all the passengers processed and on their way to hotels, the process of assisting foreign airlines in scenarios like this is one the airport is prepared for.

“We’re not immune to diversions. Whether they are destined for airports on the west coast or even Chicago as they come from other directions, there’s a number of foreign carriers that identify us – and have for many, many years – as a primary alternate airport for medical emergencies, weather diversions, or any other situation that develops,” he said.

The plane is expected to depart for San Francisco at 5:45pm Wednesday.