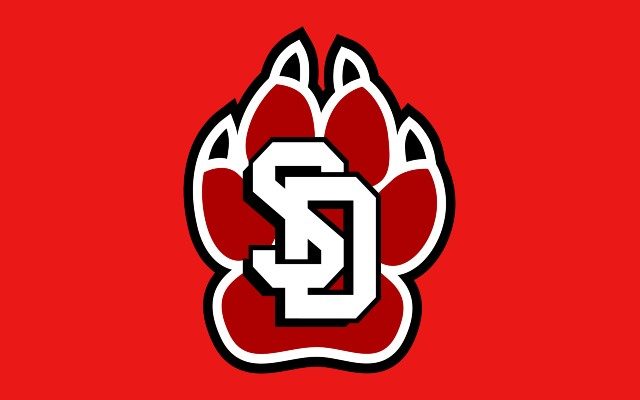 VERMILLION, S.D.—The University of South Dakota athletic department will host a press conference at 11 a.m. Wednesday in the Dome Club to announce Eric Peterson as the next head men’s basketball coach.

The press conference is open to the public and will be streamed live on social media. University of South Dakota president Sheila Gestring, athletic director David Herbster and Peterson will speak at the conference.

Peterson returns to South Dakota where he served as an assistant to Craig Smith for four seasons from 2014-18. The Coyotes won their first Summit League title in year three during the 2016-17 season and won 26 games while advancing to the championship game of the Summit League Tournament during the 2017-18 campaign.

Peterson has remained on Smith’s staff through three seasons at Utah State and this past season at Utah. Utah State won one Mountain West regular season title, two Mountain West tournament titles and qualified for the NCAA tournament all three seasons with Peterson on staff. He was also instrumental in the development of Neemias Queta, who has logged 10 games with the Sacramento Kings this season. Queta was an AP All-America honorable mention honoree for the Aggies.

The Coyotes will be Peterson’s second head coaching position. He was the athletic director and head men’s basketball coach at Williston State College in western North Dakota for two seasons from 2012-14. In that time, the Tetons were 52-15 with a 2014 Mon-Dak Conference championship and a 2013 Region XIII championship. He coached two NJCAA All-Americans and was named Region XIII and Mon-Dak Coach of the Year.

Peterson served as an assistant coach at Williston from 2005-09. He spent two years at MSU-Moorhead from 2009-11 before returning to Williston to serve as athletic director and head coach.

Peterson hails from West Salem, Wisconsin, and graduated from UW-La Crosse in 2006 with a bachelor’s degree in physical education. He earned a master’s degree at USD in 2016 in interdisciplinary studies with a concentration in sports management and education.

Peterson and his wife, Lindsey, have a daughter, Flynn, and three sons, Isaiah, Briggs and Bowen.