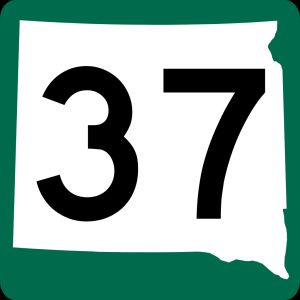 HURON, S.D. – One person died and three others were injured in a three-vehicle crash Tuesday afternoon, six miles north of Huron.

Names of the four people involved are not being released pending notification of family members.

The crash happened when a pickup pulling a flatbed trailer was eastbound on 202nd Avenue, and ran a stop sign at the intersection of South Dakota Highway 37.

The pickup and trailer collided with a car that was southbound on the highway.

The car was pushed into the northbound lane where it was rear-ended by another pickup.

A 20 year-old male passenger in the car was killed. The 20 year-old woman driving the car had life-threatening injuries, and was airlifted to a Sioux Falls hospital.