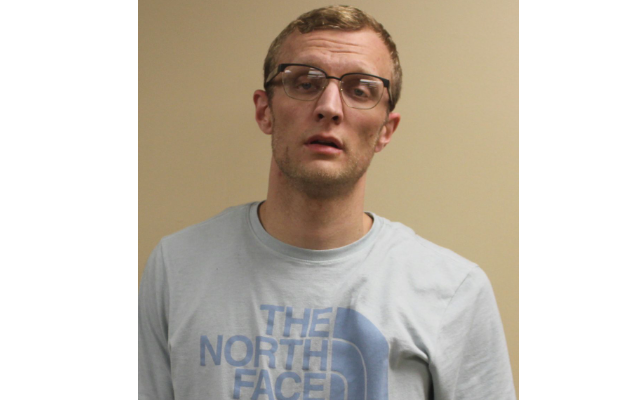 WATERTOWN, S.D.–Codington County deputies arrested one man and are searching for another following a high-speed pursuit early this (Friday) morning.

It began just before 2:30 when a deputy observed a stolen vehicle traveling southbound on Highway 20 near Florence.

The deputy attempted to stop the white Toyota Highlander, but it fled at a high rate of speed.

Spike strips were set up at two locations on the highway, which were both successful.

The stolen vehicle turned into a residential driveway on North Lake Drive, and continued into the back yard of a residence where it came to a stop.

The two occupants fled on foot. One of them, 30 year-old Duran American Horse of Aberdeen, was arrested for Grand Theft, DUI, Aggravated Eluding, Ingesting a Controlled Substance, Intentional Damage to Property, Obstruction, Speeding and Reckless Driving.

The second occupant of the car, 31 year-old Anthony Alden of Aberdeen (pictured), is still at large. He’s a parole absconder last seen wearing a red shirt and white shorts. Alden has active felony warrants out for his arrest.