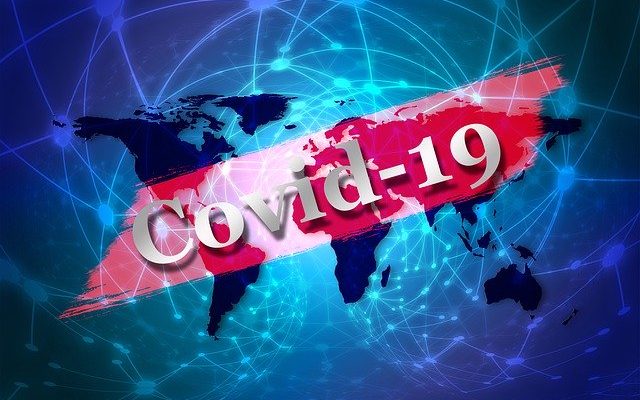 FARGO, N.D. (AP) — North Dakota health officials warned residents at a virtual town hall Thursday that the COVID-19 spike is going to get worse and were met with some skepticism from people questioning the number of deaths attributed to the coronavirus and the safety of the vaccines.

Four panelists said the surge from the omicron variant that was first seen in large cities like New York and Chicago is now hitting North Dakota, with the number of cases exceeding the first spike in November 2020 that preceded the delta variant and happened before vaccines were widely available.

The rolling average of daily new cases in the state over the last two weeks has increased by more than 334.5%, according to Johns Hopkins University researchers.

“I think we probably have several weeks before we see a peak here,” said Kirby Kruger, the disease control and forensic pathology section chief for the state Department of Health. “I’m hoping I’m wrong. I’m hoping it’s earlier. Generally we lag a little bit behind what’s happening in other parts of the United States … we were a little bit late to the arrival of the omicron game in North Dakota.”

The omicron variant spreads more easily than other coronavirus strains and has already become dominant in many countries. It also more easily infects those who have been vaccinated or had previously been infected by prior versions of the virus. Early studies show omicron is less likely to cause severe illness than the previous delta variant.

North Dakota health officials said Thursday that while the COVID-19 vaccine may in most cases fail to prevent an omicron infection, it’s still limiting severe infections and hospitalizations in the state. However, they noted that nearly 40 percent of residents have not received a single shot.

“North Dakota rates, sadly, are below the U.S. average for all of (the) age groups,” said Molly Howell, the state’s immunization program director.

The panel spent the last 30 minutes taking questions online. One came from someone who claimed to know of “several friends and relatives who have had severe reactions including strokes, heart attacks and deaths shortly after taking a vaccine shot.”

Dr. Paul Carson, director of the North Dakota State University Center for Immunization Research and Education, said he has heard similar sentiments from people around the region. Carson cited several studies rebuking the safety complaints of the vaccine, including a U.S. survey showing that deaths from any other cause but COVID-19 were lower among vaccinated than unvaccinated people.

“We’re just not seeing these problems,” Carson said. “The vaccines are just turning out to be remarkably safe.”

Carson also addressed speculation on whether deaths attributed to COVID-19 were actually people with the virus whose causes of death were from some other disease. Carson said if health officials were inflating COVID deaths and inappropriately listing it on death certificates, the overall death rates shouldn’t be rising.

“But they went up dramatically in 2020 and in 2021,” Carson said, noting there were anywhere from 5,000 to 45,000 more deaths every week in those two years compared to five-year averages.