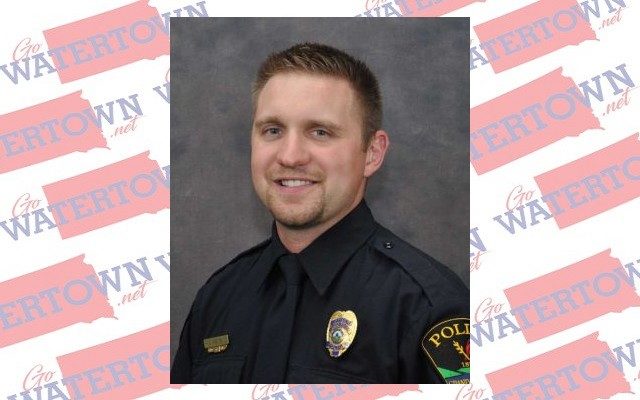 FARGO, N.D. (AP) — A North Dakota man was sentenced Friday to life in prison without parole for fatally shooting his mother and a police officer as authorities tried to serve an eviction notice.

Salamah Pendleton, 43, of Grand Forks, was convicted on two counts of murder for the May 2020 killings of Officer Cody Holte (pictured) and Lola Moore. Pendleton opened fire on Holte and other officers while they were trying to serve him papers to evict him and his mother from their apartment. Moore was killed as Pendleton fired wildly at officers.

Judge Donald Hager said during the livestreamed sentencing hearing in Grand Forks that it was a planned ambush; He said Pendleton barricaded his apartment door, purposely covered the windows with “dark material” and selected a Russian-made automatic rifle designed for war.

Hager also ordered Pendleton to serve 21 years for killing Moore, which the judge said is about equal to her life expectancy. The term is to run at the same time as the life sentence.

The judge also assigned penalties related to two attempted murder charges, and counts for terrorizing, reckless endangerment and possession with the intent to deliver marijuana.

“What began as a civil eviction exploded into this murder case,” Hager said, noting later that Pendleton’s “plan to kill was clear” and he determined his sentences by his actions.

Holte’s widow, Amanda, one of several family members to give victim impact statements, said her husband was “her rock” who was proud to serve the community in order to make it better.

“I was the luckiest girl around to have him by my side,” she said. She said her husband was an “amazing dad” who will never have a chance to see his son grow up. Hager said their son, who was 10 months old when Holte was killed, now believes his father’s twin brother is his dad.

Prosecutors said during the two-week trial that Pendleton fired a minimum of 48 rounds in two separate volleys, including 20 rounds through his bedroom wall, not knowing who was on the other side. Hager called Pendleton’s mother a collateral victim, saying she took a bullet for one of the officers.

Holte was killed and a sheriff’s deputy was wounded during the second attack, when Pendleton was also shot and wounded.

Pendleton testified that he didn’t mean to kill anyone and that his mother was unintentionally struck by a ricocheting bullet. He said he lost his mind after he saw her body lying in a pool of blood.

Defense attorney Steven Mottinger had asked that Pendleton serve 30 years, which could have amounted to a 261/2-year term with the state’s 85% rule for inmates who behave in prison.

The 29-year-old Holte was the first officer to be killed in Grand Forks since 1966 and the 58th police officer in the state to die on duty.