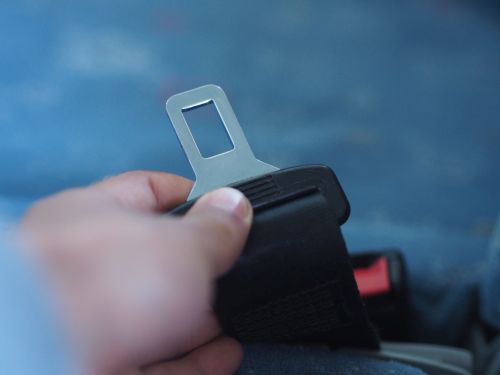 BISMARCK, N.D. (AP) — Law enforcement agencies statewide will be cracking down on seat belt violations over the next month and a half.

The “Click it or Ticket” enforcement campaign with extra patrols is planned Monday through Dec. 16, according to the state Transportation Department.

The campaign is part of the state’s Vision Zero strategy to eliminate motor vehicle crash fatalities and serious injuries on North Dakota roads.

Most of the citations, 1,325, were for speeding. More than 1,200 citations were for failure to wear a seat belt and 34 were child restraint citations.

Besides speeding and seat belt use, citations were also issued for failing to have insurance, suspended or revoked licenses and distracted driving. Also, arrests were made for drugs, warrants and driving under the influence.

According to officials, a person who failed to wear a seat belt was killed in a crash every nine days in North Dakota last year.