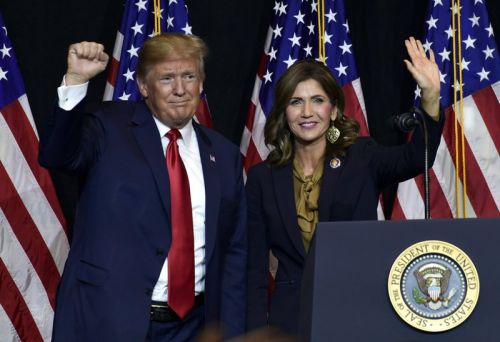 The Republican governor has gained a national following among conservatives for her handling of the coronavirus, eschewing statewide lockdown orders while encouraging large events.

She spoke at the Republican National Convention.

Governor Noem’s spokesman Ian Fury says her campaign speeches will repeat elements of that message, which centered on pushing for limited government and Trump’s message of law and order.

She will also share about South Dakota’s approach to the pandemic. But the state has seen a surge in cases in the last two weeks.