NFL coaches allowed to return to team facilities on Friday 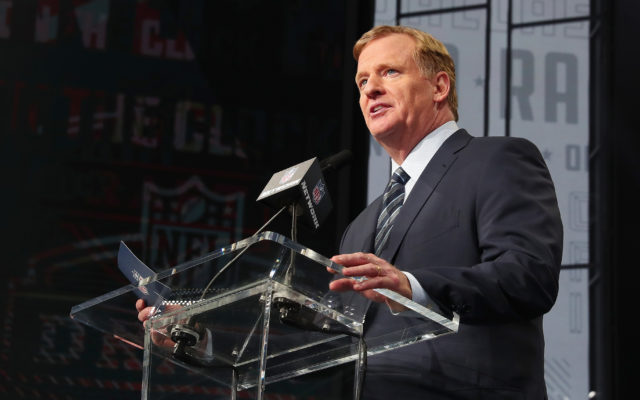 ARLINGTON, TX - APRIL 26: NFL Commissioner Roger Goodell speaks during the first round of the 2018 NFL Draft at AT&T Stadium on April 26, 2018 in Arlington, Texas. (Photo by Tom Pennington/Getty Images)

UNDATED (AP) – NFL Commissioner Roger Goodell has told the 32 clubs in a memo obtained by The Associated Press that coaching staffs may work from team complexes starting Friday.

Previously, only up to 75 people per day could be at the facilities, with coaches and players not seeking treatment for injuries barred. The maximum number of club employees in each facility will be increased to 100, subject to governmental regulations and implementation of health protocols developed by the NFL’s medical staff.