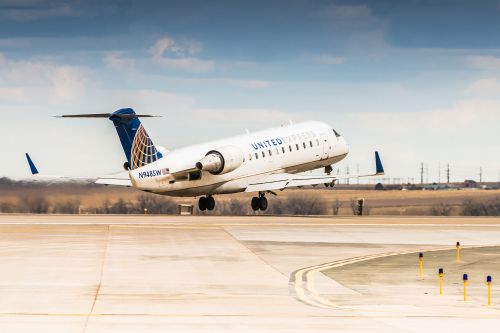 WATERTOWN, S.D.—It’s being called the worst crisis in the history of commercial aviation in this country’s history.

The COVID-19 pandemic, combined with stay-at-home orders being issued around the country, are gutting the industry.

KWAT News has learned that effective yesterday (Tuesday), Skywest Airlines operating as United Express, pulled the plug on its daily service from Watertown to Chicago O’Hare.

They were allowed to modify their Essential Air Service contract after requesting relief from the Federal Department of Transportation.

One round trip daily to Denver, but nothing to Chicago until July at the earliest.

Syhre says for the airlines, it’s not about flying right now. It’s about getting planes parked….

The drop in passenger traffic in Watertown since early March has been staggering.

Syhre says business is down 95-percent….