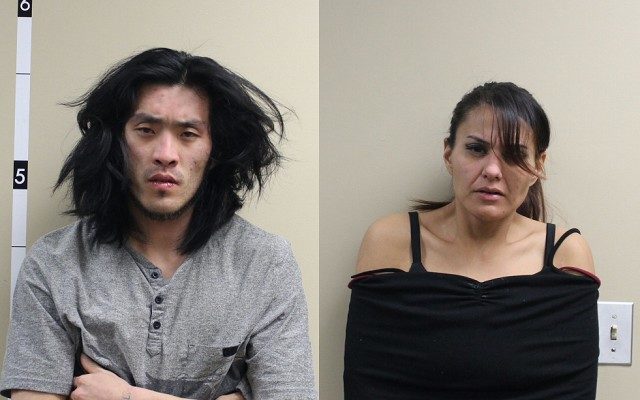 WATERTOWN, S.D.—A man and woman were arrested in Watertown Tuesday night after leading police on a pursuit.

Codington County Sheriff Brad Howell says it began a little before 11 p.m. when a deputy tried to stop a vehicle for impaired driving near 455th Avenue and 165th Street.

The vehicle led the officer on a chase into Watertown, and during the pursuit, the suspect attempted to ram a South Dakota Highway Patrol squad car. At that point, the pursuit was terminated.

A short time later, the suspect vehicle was found abandoned in a parking lot at 1520 3rd Avenue Southwest.

The suspect and an accomplice were then located hiding in a nearby vehicle.

They’re identified as 26 year-old Mitchell Houchins of Fort Dodge, Iowa and 28 year-old Susan Sanchez of Sioux Falls. Bond for the pair was set at $10,000 and $5,000 respectively.

Houchins is charged with Aggravated Eluding, Aggravated Assault on Law Enforcement, Possession of a Controlled Substance, Possession of Drug Paraphernalia, Reckless Driving, Stop Sign Violation, Criminal Entry of a Motor Vehicle, Obstructing an Officer, and a felony arrest warrant out of Minnehaha County.

Sanchez is charged with Possession of a Controlled Substance, Possession of Drug Paraphernalia, Obstructing an Officer, and Criminal Entry of a Motor Vehicle.