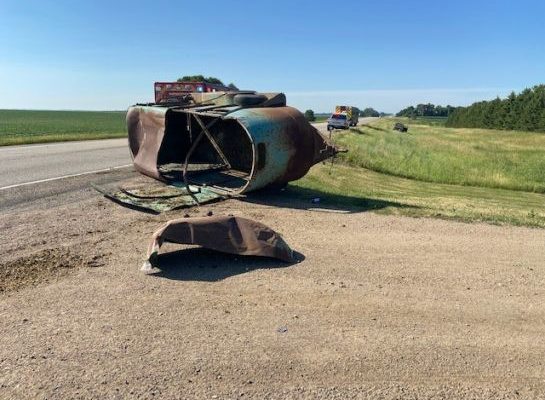 The South Dakota Highway Patrol says 58 year-old Floyd Arneson was driving a pickup and pulling a cattle trailer when the trailer lost one of its wheels.

The pickup and trailer went into the west ditch where the trailer rolled. Arneson was ejected from the pickup. He was taken to Prairie Lakes Hospital with what were described as serious, non life-threatening injuries.

A passenger, 57 year-old Tony Arneson of Hayti, was not injured.

Neither man was wearing a seat belt.