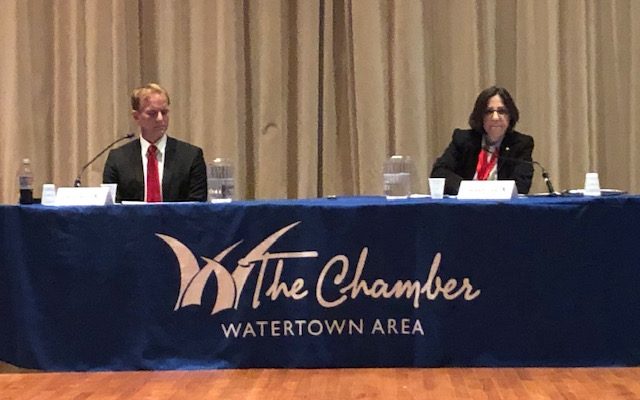 There was talk about taxes and spending, the ice arena, street repairs, and the new city manager coming on board. But both candidates were also asked about the question of gender; specifically the lack of female candidates running for public office in Watertown.

Here’s how Ried Holien addressed that one…

The only woman on the council currently, Beth Mantey, is not running for re-election.

Here’s what Mayor Sarah Caron had to say…

The gender topic even spilled over into each candidates’ closing comments. Again, Mayor Caron….

Comments from Caron that drew this response from Holien…

Watertown’s first-ever city manager, who will run the day to day operations of the city, is a female. Amanda Mack starts June 21st.