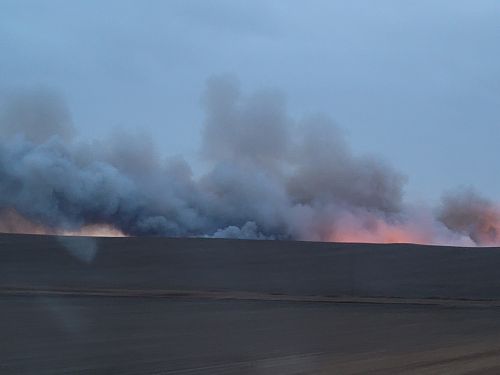 Lemmon immediately requested mutual aid from the Hettinger, North Dakota Fire Department and an initial attack was made.

Several farms and ranches were evacuated and structure protection was initiated by responding fire departments from as far away as Mobridge, Faith and Bowman, North Dakota.

Penfield says around 1:30 this morning, the west flank of the fire re-ignited, and crews are continuing to work on containing the fire. He estimates the fire has traveled over 20 miles, and was, at some points, more than four miles wide.