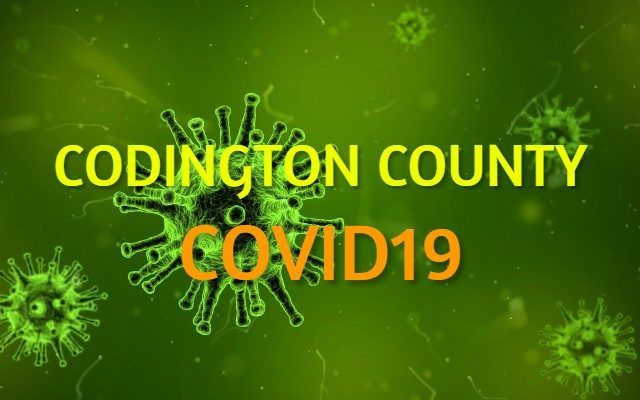 PIERRE, S.D.–The South Dakota Department of Health reported 48 new cases of the COVID-19 virus in the state Monday, bringing the state’s cumulative total to 288. Ninety-one of those people have recovered.

The state also updated the death toll from the virus to four. A 74 year-old state lawmaker from Huron and his 51 year-old niece are the latest state residents do die from the virus.

New cases were reported Monday in the counties of Bon Homme (one), Brookings (one), Brown (four), Codington (one), Lincoln (one), Minnehaha (36) and Yankton (four).

Codington County has now reported 11 cases, of which four people have recovered.

Twenty-three South Dakotans have required hospitalization due to COVID-19.

Among gender, 147 males have tested positive in South Dakota, compared to 141 females.

Seventy-six new cases have been reported in South Dakota since Saturday.