Minnesota police dog recovering after being shot in the neck 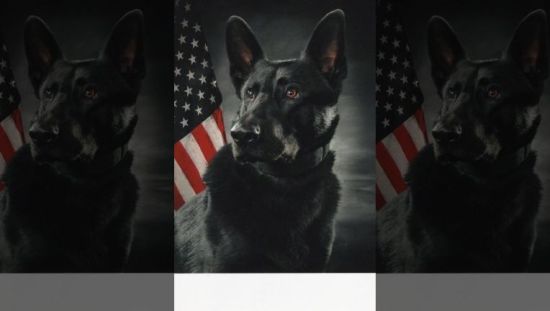 ANOKA, Minn. –A Minnesota police K-9 officer is recovering at home after being shot Sunday.

The Anoka Police Depatment says K-9 Officer Bravo was shot in the neck and was originally expected to need surgery after the bullet nicked his trachea and caused soft tissue damage.

But in a Facebook post Monday, the police department said Bravo has been released from  the University of Minnesota Veterinary Medical Center and is recovering at home with his handlers.

It’s not known if he’ll be able to return to police duty.

Officer Bravo was deployed when officers from a number of suburban Twin Cities departments pursued a vehicle that was stolen at gunpoint in Blaine Sunday afternoon.

Two suspects led police on a 40 mile chase at speeds of up to 110 miles per hour before the stolen truck they were driving was disabled by stop stocks placed on the highway.

During a confrontation that ensued, one of the suspects was shot and killed, and officer Bravo was injured.

In its Facebook post, the police department wrote, “K-9 Bravo is not only a partner to our Anoka Police Officers, he is our friend and has become the de facto therapy dog for the department. Please continue to keep Bravo and all the officers involved in your thoughts and prayers.”

Shooting a police dog is a felony-level crime in Minnesota.