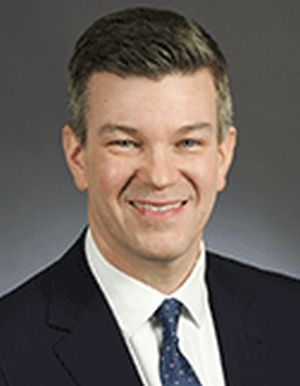 ST. PAUL, Minn. (AP) – A Minnesota House Democratic leader is apologizing after a video showed him making an obscene gesture at a Republican lawmaker who was announcing a tentative deal on affordable insulin at the state Capitol.

House Majority Leader Ryan Winkler of Golden Valley (pictured) is seen off to the side extending a middle finger toward Chaska Sen. Scott Jensen, the lead Senate GOP negotiator on the insulin bill.

Minnesota Senate Republicans tweeted a video of Winkler’s gesture Tuesday, saying it look like Winkler “didn’t like our message today” on insulin.

Winkler apologized on Twitter, saying his son has Type 1 diabetes and that “after months in which Senate Republicans blocked the emergency insulin bill, it was also poor form of them to claim credit alone after we are all on the edge of a deal.”