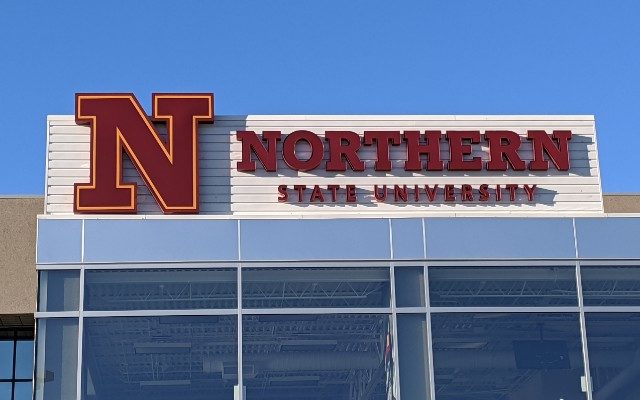 ABERDEEN, S.D. (NSUWolves.com) — The No. 2 Northern State University men’s basketball team closed out their 2021 campaign Tuesday evening from Wachs Arena, falling to No. 4 Northwest Missouri State in overtime 91-86 of the championship game of the NCAA DII Central Region Tournament.

The Wolves gained an 11-point lead with three minutes to play in regulation, however foul trouble plagued NSU as the second half closed out and Northwest tied things up with just seconds to play.

By the 2-minute mark of the overtime period, four of the Wolves five starters had fouled out and the NSU bench fought to keep the team’s postseason hopes alive.

The Bearcats grabbed the lead with 1:42 in OT and held on, winning the Central Region Championship and a trip to Evansville, Indiana in the elite eight.

Parker Fox and Tommy Chatman led the Wolves with 34 and 15 points apiece, and were honored for their efforts as members of the Central Region All-Tournament team

In addition, NSU broke the school record for continuous wins with 24 and Parker Fox and Mason Stark became members of the 1,000 points club in just their junior campaign