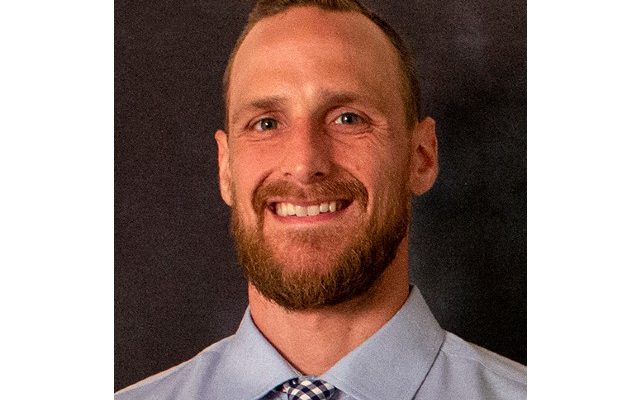 SIOUX FALLS – With a long record of accolades and experience, Dan Mathews has been named to lead the University of Sioux Falls Volleyball Program, according to an announcement by USF Director of Athletics Pam Gohl.

A former professional volleyball player and All-American at The Ohio State University, Mathews joins USF after leading both the Cardinal Stritch women’s and men’s volleyball programs in Milwaukee, Wisc., over the past four plus seasons. In 2018, he was the NAIA Men’s Volleyball National Coach of the Year as selected by the American Volleyball Coaches Association. In both 2018 and 2020, he was named the Chicagoland College Athletic Conference Men’s Coach of the Year.
A native of Milwaukee, Wisc., Mathews looks forward to the opportunity to lead a solid USF program.

With Mathew’s direction, the Cardinal Stritch Men’s Volleyball Team accumulated an impressive 76-37 overall (.670) record, which included a 37-8 mark in conference play (.820). In the three seasons Mathews coached the team, the Wolves qualified for the CCAC postseason tournament and in 2018 claimed the CCAC Tournament Title. In 2017 and 2018 Cardinal Stritch qualified for the NAIA National Championship Tournament. Despite a shortened season in 2020, Cardinal Stritch earned the CCAC championship with a record of 13-3 overall and a perfect 9-0 in conference play.

Mathews graduated from Shorewood High School in Milwaukee in 2004 after earning back-to-back State Player of the Year accolades in boys’ volleyball (2003, 2004). He continued playing NCAA Division 1 volleyball at the Ohio State University, where he was a four-year starter. At OSU, his teams earned two NCAA Final Four appearances and two MIVA Conference Championships. He was named to the MIVA First-Team All-Conference three times, was the 2005 MIVA Freshman of the Year, was a two-time MIVA Conference Player of the Year and earned NCAA First-Team All-American honors twice.

After leaving Ohio State, he played five years of professional volleyball overseas. He played with Al-Ain Sport Club in Abu Dhabi (United Arab Emirates) and then with Volley Guada in Guadalajara (Spain). He was a member of the European Cup Qualifiers in Switzerland for three years; he spent one season with Volley Amriswil and two seasons with Chenois Volleyball Club in Geneva. In addition, Mathews has experience with the USA National Team. He competed in the 2003 FIVB NORCECA (North American, Central American and Caribbean) Youth National World Qualifier in Santo Domingo, Dominican Republic. Mathews also competed in the 2005 FIVB NORCECA Junior National World Qualifier in Winnipeg, Canada.

In 2006, Mathews traveled to Visakhapatnam, India to compete in the FIVB Junior World Championships. In 2008-2009, he trained with Team USA in Anaheim, Calif., under Hugh McCutcheon and Ron Larson, the 2008 Olympic Gold Medal-winning coaches.