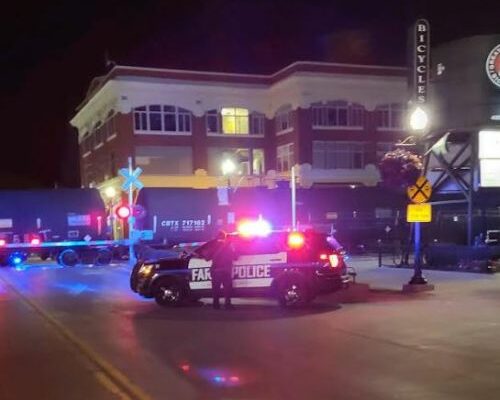 FARGO (KFGO) – A man was struck and killed by a train in downtown Fargo early today (Friday).

Police responded to the train crossing in the 400 block of Broadway around 12:30 a.m. after BNSF train operators notified authorities that a person was hit on the tracks by the eastbound train. The victim was dead at the scene.

The incident is under investigation and no further information is available.