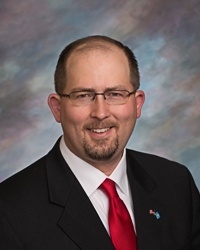 PIERRE, S.D.–The Government Operations and Audit Committee of the South Dakota legislature is responsible for monitoring the performance of state departments and agencies.

At their last meeting of the interim Monday, members of the panel voted against accepting the performance report from the state Department of Education.

The issue has been faltering scores on standardized student testing.

The committee voted six to two to not accept the report and ask that they get better numbers after the end of the legislative session in March.