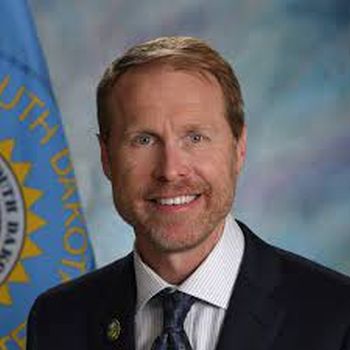 PIERRE, S.D. (AP) — A South Dakota lawmaker who said he gave legal advice to Attorney General Jason Ravnsborg following a fatal car accident says he will not vote on whether to impeach Ravnsborg when the House convenes this week.

Republican Rep. Scott Odenbach of Spearfish (pictured) sent a letter to the House speaker which says he plans to recuse himself from the vote and won’t attend the proceedings in Pierre Tuesday.

Odenbach, who at the time was running for the House seat he eventually won, says Ravnsborg reached out to him for input on a public statement that was released two days after the attorney general struck and killed Joe Boever, a pedestrian who was walking along a rural highway in September 2020.