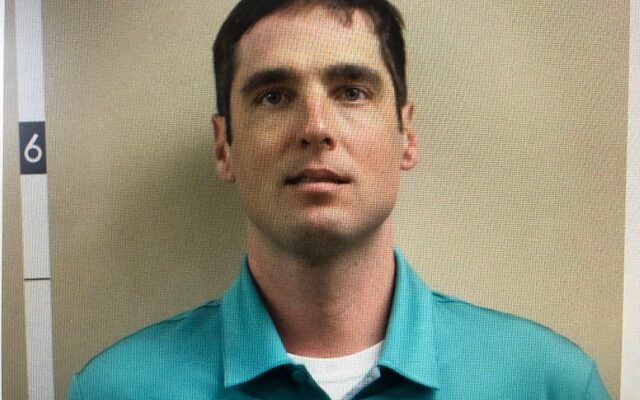 WATERTOWN, S.D.–KWAT News has learned a Watertown man is facing a pair of felony counts after being indicted by a Grand Jury on theft charges.

Thirty five year-old Michael Alan Lawrence (pictured) turned himself in at the Codington County Detention Center Tuesday after a warrant was issued for his arrest.

He was subsequently released after posting $5,000 cash bond.

Lawrence is charged with one count of Theft of Lost or Mislaid Property, and an alternate count of Grand Theft. Both are Class 4 Felonies.

Court documents obtained by KWAT News indicate that between July 2018 and November 2018, Lawrence is alleged to have committed theft by taking or exercising unauthorized control of another person’s property, which was valued at between $5,000 and $100,000.

The documents indicate those who testified before the Grand Jury were William Howard of Watertown, and Darin Sinner, a Special Agent with the South Dakota Division of Criminal Investigation.

In signing off on the arrest warrant, Circuit Court Judge Carmen Means ordered Lawrence to have no contact with Dr. William Howard, or any members of his family.

Lawrence is the former owner of Harry’s Hair Cuts and Hot Towels in downtown Watertown, and has appeared before the Watertown City Council on numerous occasions as a representative of the Stony Point Development project on Lake Kampeska.