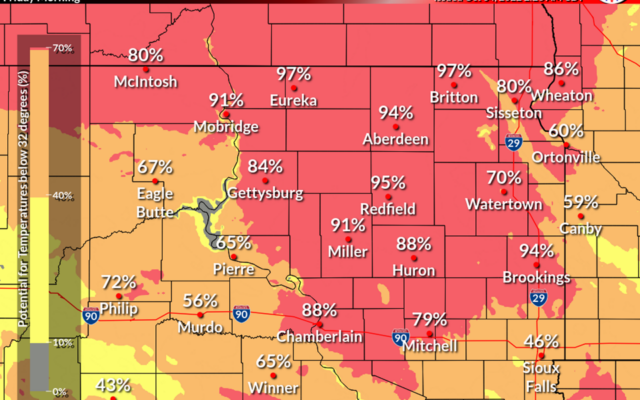 WATERTOWN, S.D.–It looks like the growing seasons will officially come to an end in northeast South Dakota later this week.

The National Weather Service says pretty much all of east river South Dakota, with the exception of the far southeast corner, has a high probability of seeing a killing frost Thursday night into Friday morning.

Overnight lows are expected to dip into the mis 20s.

A killing frost is generally considered to be temperatures dropping to 28 degrees or colder.

So far this fall, Watertown’s lowest temperature has been 32 degrees.