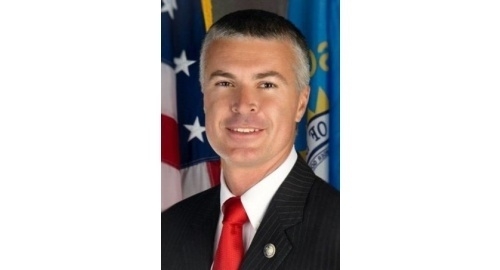 SIOUX FALLS, S.D. (AP) — South Dakota’s next attorney general, Marty Jackley, is looking to build momentum as he prepares to be sworn into office, announcing his top staff picks on Tuesday and laying out a list of priorities for the upcoming legislative session.

Jackley, a Republican, previously held the attorney general’s office for nearly a decade and mounted an effort to take his old job back in 2021, while former Attorney General Jason Ravnsborg faced impeachment over his role in a fatal car crash. After Jackley won the Republican nomination this year, he did not face an opponent in the election.

He is looking to bring experienced staff with him as he returns to the post as the state’s top law enforcement officer. He announced Tuesday that his eight-member leadership team will include Mark Barnett, another former state attorney general and former judge. Barnett has also held a position as a state circuit court judge.

“It’s an experienced, dedicated group of men and women that are prepared to face the challenges in front of us,” he said. “And those challenges certainly include addiction; they certainly include addressing some of the ongoing consumer and privacy issues that we face; it includes violent crime that’s increasing, particularly in our larger municipalities.”

Jackley said he will also be proposing legislation in next year’s legislative session, including criminal penalties for violations of election law, protections for confidential records and enhanced penalties for crimes that threaten the life of law enforcement officers.

He also acknowledged he may be called into a debate in the Legislature over whether the state is statutorily required to reduce its sales tax percentage after Jackley in 2018 mounted a successful argument before the U.S. Supreme Court that online retailers had to collect state sales tax. Some Republican lawmakers have argued that the state must reduce its sales tax by a fraction of a percentage point once certain revenue thresholds from online retail tax are hit, but state law on the subject is vague.

Jackley said “that’s a large legal question that would likely need to be triggered by a request for an attorney general opinion” from the Legislature. He added that he would form a committee in his office to research and debate the statute, and then he would make the final decision.

But that potential debate could also put him at the center of a political fight involving lawmakers and the governor over tax cuts. Jackley and Gov. Kristi Noem faced off in a hard-fought Republican primary in 2018, but they seemed to mend their relationship earlier this year by offering each other mutual endorsements.

And for now, Jackley would rather that decision be made by lawmakers. He said: “Whether or not those funds are returned to the taxpayers is really a legislative function.”