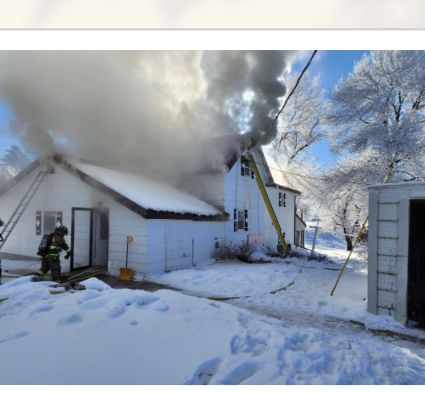 Watertown Fire Rescue was called to the fire in the area of 177th Street and 443rd Avenue just before nine a.m.

When they arrived, they found smoke coming from the attic.

Attempts to knock down the fire were difficult, and due to safety concerns, crews eventually went into a defensive mode where all personnel were fighting the fire from outside the home.

Watertown Fire Rescue was assisted by the Hazel and Henry Fire Departments.

Crews were on the scene for five hours. There were no injuries and no immediate word on the cause of the fire.