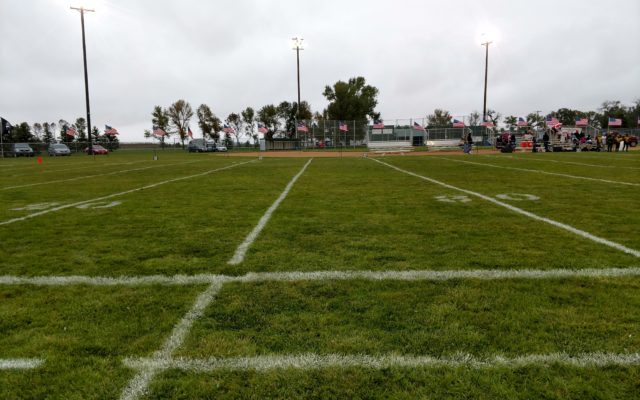 The schedules for the upcoming season a mirror of 2019.  Meaning, opponents remain the same as the previous year but home/away games are flip-flopped.

Watertown will open their season August 28th on the road vs Sioux Falls Lincoln.  The home opener will be September 4 vs Rapid City Stevens.  The Arrows will travel to Rapid City Central for the early game during the Rushmore Bowl on September 11th.  The purple and gold will come home for three straight weeks vs Washington on September 18th, Brandon Valley September 25th, and Harrisburg October 2nd.  The final regular-season road game will be at O’Gorman on October 9th.  The Arrows will wrap their season at home vs Roosevelt on October 16th.  Todd Enderson will have coverage of the Arrows this season on 950 KWAT and GoWatertown.net.

Regionally, 2019 9A runner-up Britton-Hecla will open their season week one vs class 9B Waverly-South Shore.  In 9AA, Deuel, which fell to Bon Homme in the semifinal round last season will begin their year week one at Hamlin.  The Chargers who were bounced in the quarterfinal round of the 9AA in 2019 will travel to Waubay in week zero to face Dakota Hills.  Webster, who fell to eventual 2019 11B runner-up Winner in the semifinal round, will begin their season week zero at home vs Garretson.  Brent Nathaniel will have coverage of area football on New Country KS93 and GoWatertown.net