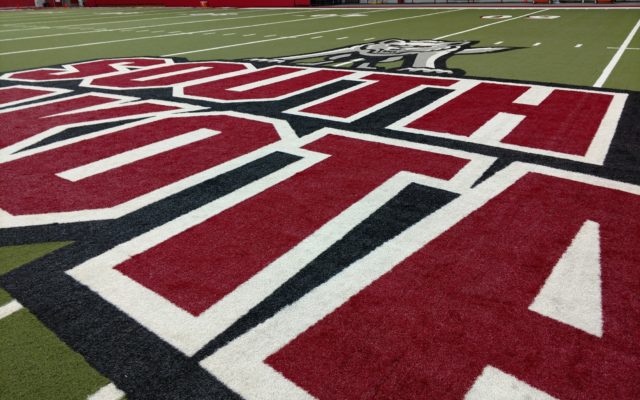 VERMILLION, S.D. (GoWatertown.net) — Today begins three days of South Dakota high school football championships at the Dakotadome in Vermillion.  The two seed Hamlin will face the four seed Platte-Geddes to lead off the festivities this morning.

Hamlin reached the 9AA Championship game on the power of their running game, lead by Jackson Noem who has carried the ball 73 times for 844 yards and 11 touchdowns in the playoffs.  Noem has over 2,000 yards on the ground so far this year.  The Hamlin defense has got it done in the playoffs with two shutouts and only giving up one touchdown last week to Lemmon/McIntosh in the third quarter of the semifinals.  Coach Jeff Sheehan gives us his thoughts on the season:

Coach Sheehan tells us the key for another state championship for the Chargers:

Platte-Geddes reached the 9AA championship game also on the strength of their rushing attack lead by Jackson Neuman who has crossed 1,000 on the ground year.  The passing game has also got a workout from senior quarterback Kelby Vanderweff who has over 1,250 yards and 15 touchdowns this year.  Coach Bruce Hanson is happy with how the year has gone:

Coach Hanson says the game today is going to come down to the battle on the line: