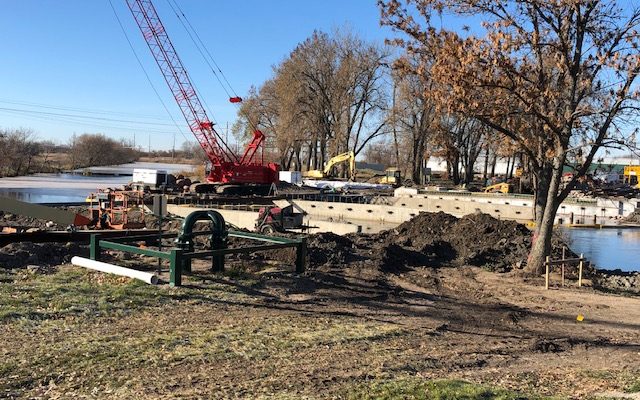 WATERTOWN, S.D.—Contractors working on the U.S. Highway 212 construction project in Watertown might have a nice Christmas gift to give to motorists later this month in the form of a new bridge over the Big Sioux River.

It’s the last major piece of work that needs to be done before the detour signs can come down and the highway reopened.

The construction work has been plagued by unfavorable weather since the onset, and Olson says the snow that fell last weekend didn’t help….

Olson says the deck pour itself is a one day job….

Olson says once the bridge deck is poured, they’ll need about two weeks for the concrete to cure and strengthen, meaning the bridge could be open to traffic shortly after Christmas.

The project included a complete rebuild of Highway 212 between Highways 20 and 81.