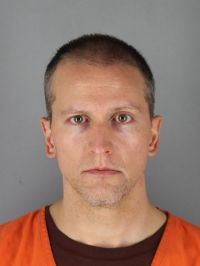 MINNEAPOLIS (AP) – The former Minneapolis officer charged with murder in the death of George Floyd has posted bond and was released from jail.

Several hundred people marched Wednesday evening in some of the same Minneapolis neighborhoods that saw protests and sometimes violent unrest after Floyd’s death.

Floyd died May 25 after Chauvin pressed his knee against Floyd’s neck for several minutes as Floyd said he couldn’t breathe.

Chauvin and three other former officers are scheduled to stand trial in March.