FOOTBALL: Watertown falls in in a shootout at Pierre 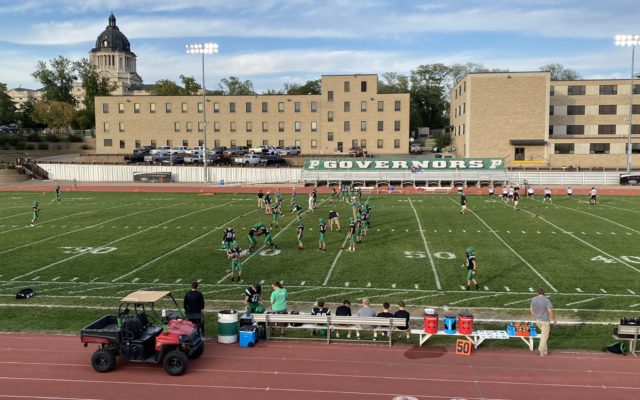 PIERRE, S.D. (GoWatertown.net) — Watertown and Pierre would rack up 985 yards of offense in a 52-42 Governor victory on Friday night, as heard on 950 KWAT.

Drew Norberg would toss five touchdowns on 25 of 41 passing for 395 yards. Cole Holden would grab four of the five TD passes from Norberg for 247 yards on nine receptions. Collin DIngsor hauled in one touchdown on nine grabs for 95 yards. On the ground, Owen Spartz carried the ball 12 times for 40 yards and one score.

Watertown (3-4) comes home to face Mitchell on Friday, October 15th. Brent Nathaniel will have coverage on 950 KWAT and GoWatertown.net/Arrows.

See the other scores from Friday night HERE