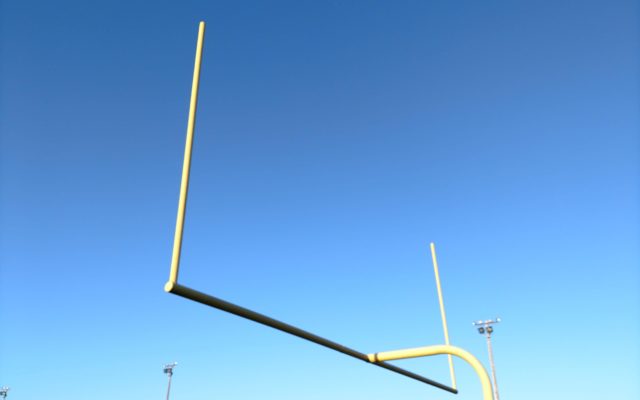 See all the scores from Thursday night HERE

Class 11B
Winner 60, Clark/Willow Lake 0
Number one seeded and defending 11B champs Winner rolled Clark/Willow Lake 60-0 as heard on 96.9 KDLO. The Cyclones wrap their season with a record of 4-6. Winner will host McCook Central/Montrose on Thursday.

Sioux Valley 54, Deuel 20
Sioux Valley ended the season of Deuel 54-20. Trey Maaland was the Cardinals rushing leader with 16 carries for 116 yards and three TD’s Parker Puetz would go 9-18 through the air for 156 yards and three touchdowns, rush for 43 yards on eight carries and a TD. Deuel finishes their year at 5-4. Sioux Valley will host Bridgewater-Emery/Ethan next week.

Garretson 28, Hamlin 7
Garretson would rush for 250 yards en route to a 28-7 win over Hamlin as heard on 104.3 KKSD. The Chargers would counter with 210 yards on the ground. Luke Fraser would account for 194 of those yards on 16 carries and Hamlin’s only TD of the night. Xander Sheehan went 10-25 for 94 yards and ran for 16 yards on seven carries. Hamlin ends their year with a 7-3 record. Garretson will head to the two-seed Parkston next week.

Class 9A
De Smet 62, Britton-Hecla 12
Number three seed De Smet cruised to a 62-12 win over Britton-Hecla. The Bulldogs will host the four seed Warner next Thursday night. The Braves season will end at 3-6.

Castlewood 42, Kadoka Area 40
Carson Kirwan would explode for 206 yards on 14 carries and four touchdowns in Castlewood’s 42-20 win over Kadoka Area. Jeremiah Wiersman would add 133 yards on 10 carries and a TD. Wiersma and Booker Schooley would each add nine and a half tackles on defense. Castlewood will travel to number one Herreid/Selby Area next Thursday.