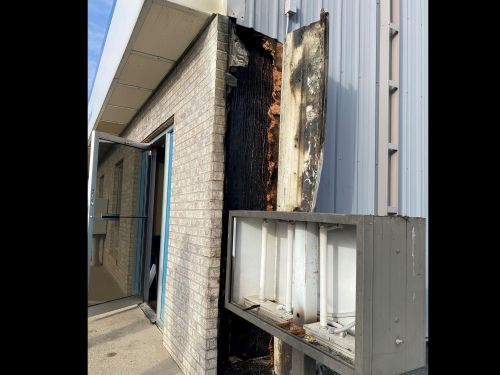 The fire call came in about 4:00 p.m. to a building that houses Labbie’s Sports Bar and Grill, Bruggeman Insurance and Roseabella Boutique.

They say several fire extinguishers were used by occupants of the building in attempt to put the flames out, prior to their arrival.

There were no injuries.

The cause of the fire is being investigated.