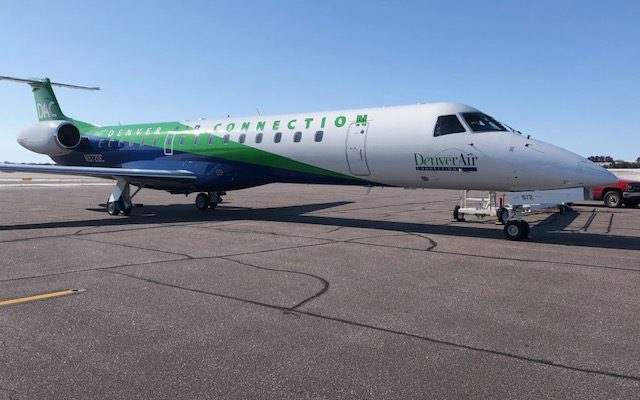 WATERTOWN, S.D.–A pair of top executives with Denver Air Connection (DAC), including its founder, flew into Watertown this (Wednesday) morning to tell local officials about themselves, their airline, and their commitment to meet Watertown’s commercial air service needs beginning July 1st.

Watertown’s air service contract has been in the hands of SkyWest Airlines for the past two years. Coleman concedes that’s a much bigger operation than DAC, but he says there are strengths in being a smaller operation, especially when it comes to customer service…

Coleman was asked to explain his reaction when he learned the U.S. Department of Transportation selected DAC to serve Watertown under the Essential Air Service program for the next two years…….

DAC will use 50-seat Embraer-EMB-145 jets to fly from Watertown to both Chicago and Denver.

Both Coleman and Rich indicated they’re open to the idea of expanding Watertown’s service to Minneapolis-St. Paul at some point in the future.

In the meantime, SkyWest Airlines, doing business as United Express, will serve Watertown through the end of June.