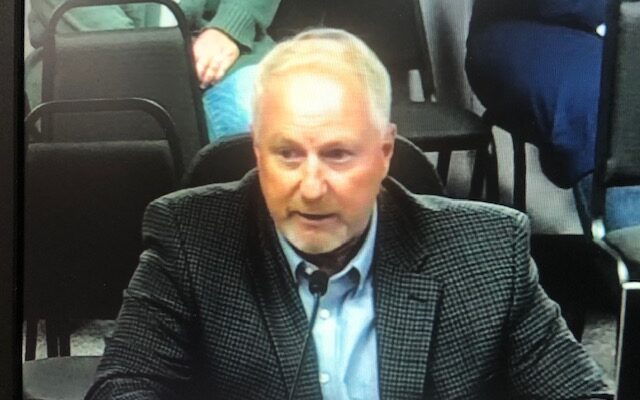 WATERTOWN, S.D.–As the city of Watertown grows through council-approved annexations, there are sometimes questions raised over which electric company will serve residents of a newly annexed area of the city.

That topic came up at Monday night’s city council meeting, as Codington-Clark Electric General Manager Dave Eide (pictured) addressed the council about two annexations in the works. One is called the Williston Annexation First Addition. The other is located in the Harmony Hill developement area.

Here’s what Eide told the council about the Willison Annexation……

Eide explained why it’s important for the electric cooperative to have the right to serve customers in these newly-annexed areas….

Eide wrapped up his comments by saying….

The second and final reading of the Williston Annexation First Addition was approved unanimously by the city council Monday night.

No one from Watertown Municipal Utilities spoke on the electric territoral rights issue at Monday night’s meeting.