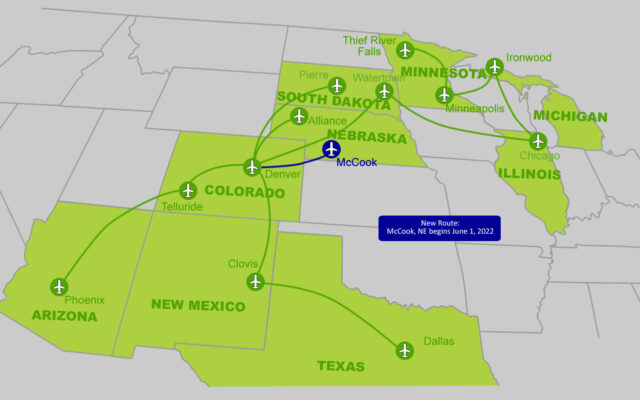 Maag says based on advance bookings, April numbers look like they’ll be similar to March.

Through the first three months of the year, there have been 3,319 passengers who’ve boarded DAC flights at Watertown Regional Airport.

Denver Air Connection flies non-stop from Watertown to Chicago O’Hare and Denver International Airport on 50-seat regional jets. They fly out of 12 markets currently, and will add a 13th market (McCook, Nebraska) this summer (map pictured).