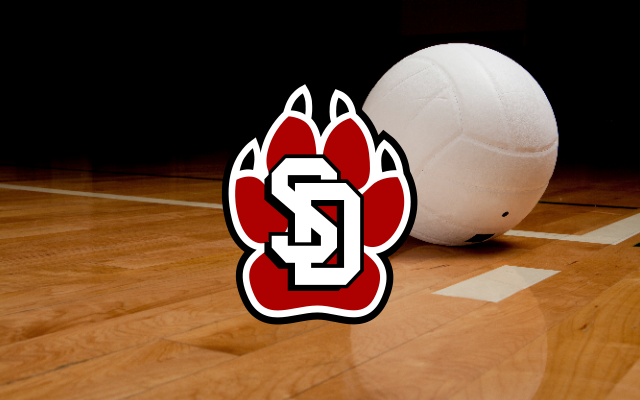 VERMILLION, S.D. (GoWatertown.net) — South Dakota the Summit League volleyball tournament champions for the third time in four seasons, are headed to the Minneapolis region for the first round of the NCAA Volleyball Tournament.

The Yotes are coming off a three-set sweep over Omaha in the Summit League title match and will take a 20-9 record into the opening round contest. Coach Leanne Williamson says they have worked hard to get back to this spot:

The Coyotes will face Minnesota, the number twelve national seed who has an overall record of 20-8 and went 15-5 during Big Ten Conference play.  Coach Williamson talks about the Golden Gophers:

This will be the first meeting ever between South Dakota and Minnesota.  Tip is 7 p.m Friday.  Stanford and Iowa State are the other two teams in the Minneapolis region and will face off in the first match on Friday inside Maturi Pavilion.