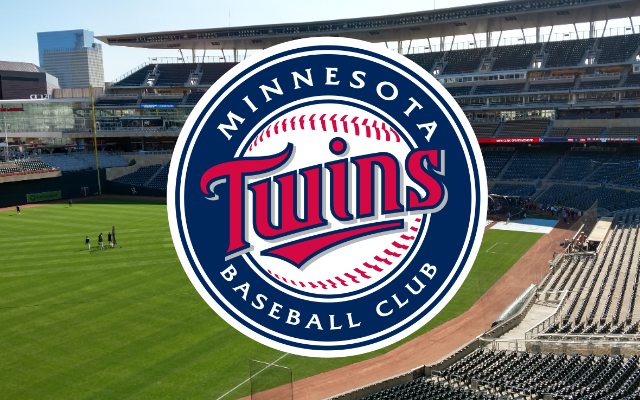 The play was reviewed and the call was upheld — but Cruz could have saved everyone some time if he’d known what would happen on the very next pitch.

Cruz cleared the bases with a home run — this time pulling the ball to left — and the Minnesota Twins were well on their way to a 15-6 rout of the Detroit Tigers on Monday.

“I think a lot of guys hit foul homers and then get emotional,” Twins manager Rocco Baldelli said. “You don’t normally see guys do that back to back.”

Cruz added a solo homer and a double, and Matt Shoemaker held Detroit hitless into the fifth inning.

Akil Baddoo hit a grand slam for the Tigers in the ninth, but by then the game was well out of hand. The 22-year-old made his big league debut Sunday and homered on the first pitch thrown to him.

Cruz came up with the bases loaded in the second and the Twins already up 2-0. After his near miss, he connected to cap a five-run inning. Minnesota added five more runs in the fifth, when Cruz hit his solo shot.

Limited to pinch-hitting duty in Minnesota’s opening series at Milwaukee, Cruz was back in his normal role with the return of the designated hitter to the Twins’ lineup. After hitting his two homers, he doubled and scored in the sixth.

Cruz hit a towering fly in the ninth that was caught on the warning track.

“That was the cleanest inning we had,” Detroit manager A.J. Hinch said.

Detroit scored five with two outs in the bottom half on a solo homer by Victor Reyes and the slam by Baddoo.

“The at-bat before, kind of was seeing the ball well. Realized I just missed a pitch,” Baddoo said. “I was going into my next at-bat just thinking, ‘Hey, think left-center and make sure you stay through it.’”

Shoemaker (1-0) held the Tigers without a hit until Wilson Ramos homered with two outs in the fifth. He allowed three hits in six innings with five strikeouts and earned his first victory since April 9, 2019, before he was beset by injuries.

Shoemaker, a Michigan native, has dominated the Tigers in his career, going 5-1 with a 0.79 ERA in seven starts against Detroit.

Randy Dobnak, who entered with the Twins up 15-1, allowed those five runs in the ninth but was credited with his first save of the season after pitching the final three innings.

Since saves became an official stat in 1969, Dobnak was the sixth pitcher to earn one while giving up at least five earned runs, according to SportRadar. It hadn’t happened since Jerome Williams of the Los Angeles Angels did it in a four-inning save against Texas on July 30, 2012.

The game was delayed by rain for 52 minutes at the start, and when it began it moved slowly — when the Twins were batting, at least. Minnesota finished with 14 hits and drew 11 walks. Detroit’s six pitchers did combine for 13 strikeouts. The Tigers threw 215 pitches in the game.

“When that happens, we’re all on the same page. They don’t throw anything to hit, let’s walk,” Cruz said. “Be patient and just wait for the right pitch to hit.”

Baldelli said Cruz has raised the possibility of playing the field, which would be a way to get him in the lineup in National League parks.

“He tells me every day,” Baldelli said. “He does say it with a smile, so there could be some seriousness and also some sarcasm.”

Cruz played four games in right field in 2018 and has not been in the field in a regular-season game since.

There were three wild pitches in the game, although the most memorable flub wasn’t scored as one since nobody was on base. Detroit’s Gregory Soto came on in relief to start the eighth, and his first pitch sailed several feet above batter, catcher and umpire.

“As soon as he threw that first pitch, in my mind, I was like, ‘Oh my God, this is going to be another long inning,’” said Ramos, the Tigers catcher.

Soto did get through that inning without allowing a run.

Twins: 3B Luiz Arraez left the game in the second inning with upper gastrointestinal discomfort. Willians Astudillo replaced him and had three hits. … OF Byron Buxton was out of the lineup. He left Sunday’s game with an illness unrelated to COVID-19, according to team officials. Manager Rocco Baldelli said Monday that Buxton was doing better but was still not 100%.