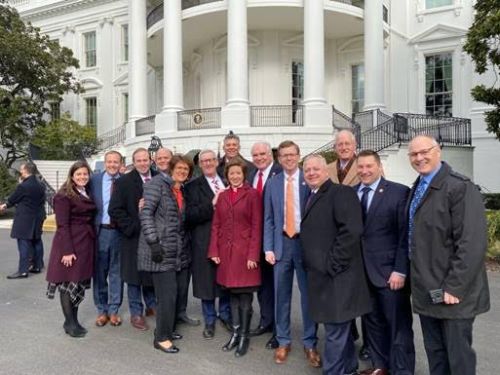 WASHINGTON, D.C.–President Trump signed the USMCA trade deal at the White House Wednesday. It ended several years of debate and stalling to replace NAFTA, which dated back to the 1990s.

South Dakota Congressman Dusty Johnson was at the ceremony…….

Johnson says it will take some time for ag exports to catch up to the agreements.