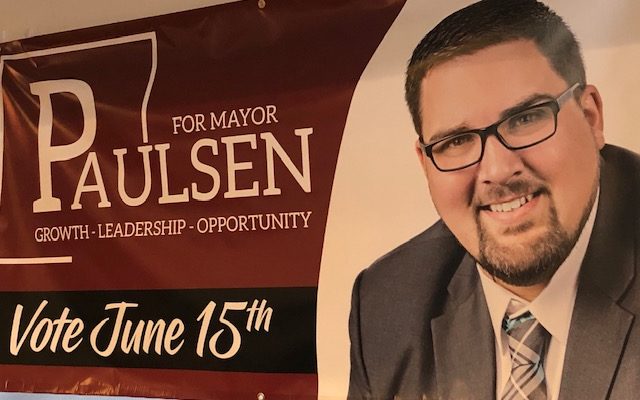 WATERTOWN, S.D.–Colin Paulsen kicked off his campaign for Watertown mayor Tuesday night with a, “meet and greet event” at North Shore Chophouse and Banquet Hall.

The former assistant city engineer spoke with KWAT News about why he left his old job, and why he’s now running for mayor…

He says developers are frustrated with City Hall too….

He says one of his primary goals as mayor will be to improve employee morale and retain the good workers the city now has. He says too many good ones have left…

The City Council recently agreed to purchase the Wells Fargo Bank building downtown, with an eye toward renovating it into a new City Hall. The cost of purchasing the building and renovating it could be in the neighborhood of four million dollars. Paulsen believes it’s a failed idea…

Paulsen is one of three announced candidates for mayor. The others are incumbent Mayor Sarah Caron and current City Council President Adam Lalim.

Candidates can begin collecting petition signatures to ensure a place on the ballot on April 6th. The deadline to file those petitions with City Hall is 5:00 p.m. May 7th.