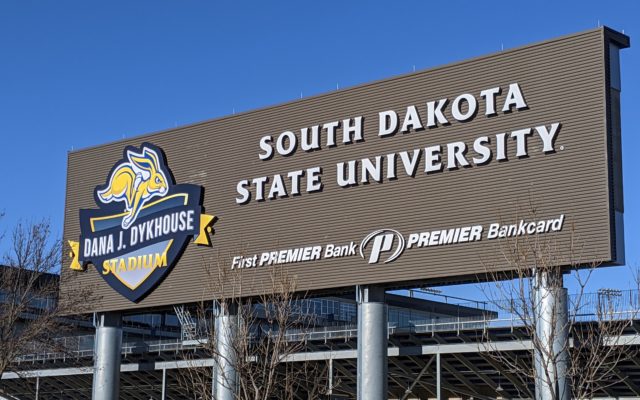 The revamped schedule features 40 league games over eight straight weekends (Feb. 19-April 10), holding Saturday, April 17 as a rescheduling window in the event of a postponement. Adjustments were made to the schedule after Indiana State announced last week that it would opt out of the spring season.

SDSU is slated to kick off the season with a Friday-night matchup at Northern Iowa on Feb. 19, followed by a trip to MVFC newcomer North Dakota on Feb. 27. The Jackrabbits then will play at Dana J. Dykhouse Stadium three of the next four weekends, hosting Western Illinois on March 6, Youngstown State on March 13 and Illinois State on March 27. SDSU’s slate of March games also includes a March 20 game at Southern Illinois.

The Jackrabbits will wrap up the spring season with back-to-back rivalry games at North Dakota State on Apr. 3 and home versus South Dakota on Apr. 10.

Start times and television network clearances will be announced at a later date.

In its unwavering commitment to providing meaningful and safe competitive opportunities for the conference’s student-athletes, the MVFC will play a full eight-game schedule, culminating the season with the NCAA Division I Football Championship, which begins with games on Saturday, April 24.

South Dakota State completed the 2019 season with an 8-5 overall record, including a 5-3 mark in the MVFC, and made its eighth consecutive appearance in the FCS playoffs.