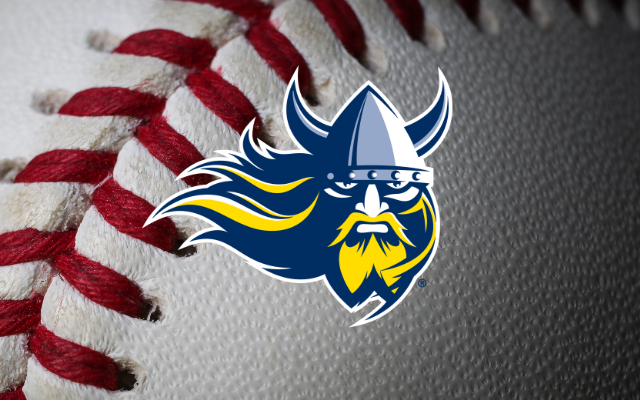 SIOUX FALLS, S.D. — Junior southpaw Tanner Brown was perfect in game one of Saturday’s doubleheader with the Beavers of Minot State. Brown retired all 21 hitters he faced, 11 by strikeout, as the Vikings took game one 4-0. Augustana fell in game two, 8-5.

Brown was electric all day, starting with the first pitch, as he struck out the first six hitters that he faced, four swinging and two looking.

In the top of the sixth, Brown induced a flyout to right and struck a hitter out for the first two outs. Christian Kuzemka then made a nice sliding catch in foul territory to record the third out, preserving the opportunity for history in the top half of the seventh.

Three outs away from perfection, Minot State’s Declan Buckle grounded a ball to the right side to start off the seventh. Kuzemka snared the grounder, set his feet and tossed the ball to Brown covering the bag for the first out of the inning. After a swinging strikeout, Brown stood just one out away from perfection.

Minot State’s Jackson Pokorney stepped up to the plate and on the first pitch of the at-bat, he sent a soft blooper to the right side of the infield. With a sense of urgency, junior infielder JT Mix rushed to the slow grounder, fielded it on a hop, executed a quick transition and fired to first for the final out of the game to complete Tanner Brown’s perfect game with a phenomenal play.

Brown’s teammates rushed out of the dugout, mobbing him just behind the pitcher’s mound.

“It was awesome,” said Brown. “It was super fun being able to celebrate with my team after the win. I have no words to describe it. It sounds perfect.”

Brown’s final stat line read seven innings with no runs, no hits, no walks and 11 strikeouts.

Brown’s perfect game on Saturday was the second in Augustana history. Ross Hawley twirled the last perfecto on March 12, 2000, in a 1-0 win over Minnesota Crookston.