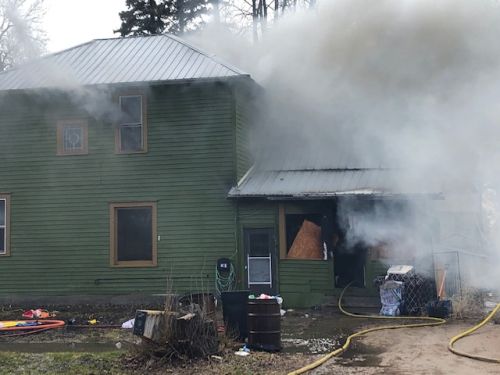 Solum says a neighbor spotted the fire and called it in….

Henry Fire Chief Al Bank says the fire started in an entryway in the northeast corner of the home, owned by Justin and Brandi Brandsrud.

The cause is under investigation.

Brandi Brandsrud has a three year old, and is expecting her second child in August.

The family is looking for clothing donations that can be dropped off at the Henry Town Hall, or call Kim Heustess at 605-233-0850 on what additional items may be needed.

There were no injuries.