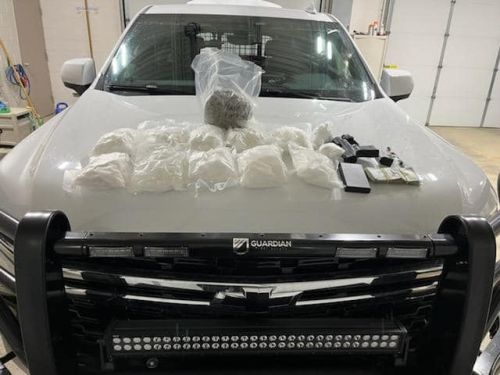 SISSETON, S.D.–A huge meth bust has been made in Roberts County.

Sheriff Tyler Appel says a deputy make a traffic stop Tuesday on a vehicle that was northbound on Interstate 29.

Appel says the deputy noticed driving behaviors that were, “out of the ordinary.”

The deputy noticed a strong odor of marijuana coming from the vehicle. While performing a search on the vehicle, authorities uncovered 10 pounds of meth worth approximately $80,000, along with a loaded firearm, nearly a pound of marijuana and a large amount of cash.

The sheriff did not identify how many arrests were made, or what charges will result from the traffic stop.